Struggling for gift ideas for the person in your life who has everything? Or perhaps you want to spend the unusually long Christmas break doing more than rekindling your knowledge of Eastenders and walking the dog? Tis also the season for great country pursuits, from deer stalking to shooting and falconry.

Diary of Dionysus have done a run down with some of the best places for beginners to cut loose from society and ingratiate themselves with the rugged outdoors. Dig out those Hunters you bought for Electric Picnic a few years ago, wrap up in some tweed and tartan and take in the great outdoors this Christmas!

Delphi organise six woodcock shoots each winter, three in December and three in January. These are semi-driven shoots for 8-10 guns, with teams of beaters and dogs. They are run over three days each, in association with a house party in Delphi Lodge. During the months of December and January, Delphi Lodge can be booked exclusively by groups who wish to spend a few days in the West of Ireland woodcock shooting.

The last word in country glamour, Ballyfin Demense is the ultimate place to splurge on country pursuits. All activites are arranged by  Head Butler Lionel Chadwick and Ballyfin offer archery, clay pigeon shooting and air rifle target shooting on the demesne.

Rates from €915.00 per night Deluxe Room. This includes full-board and service that is more than reminiscent of Downton.

Kate and William shooting in Sandringham

At Hilton there are so many things to do on Hilton’s 600 acres, from fishing on the lakes, taking a romantic boat trip or a wonderfully exhilarating fresh water swim, highly recommended as a refreshing tonic.

From €85-€100 per person sharing per night, including breakfast and afternoon tea each day with complimentary golf and fishing. All bedrooms have bathrooms en suite, with antique stand alone baths and views across the estate

Beginners have to learn to shoot before they can join a group of people doing driven shooting so Ballynatray recommends that they do the simulated game shooting.

During a hunt ball at Ballynatray in 1868, Lady Harriette slipped out her bedroom window and united with Patrick, a gamekeeper, on the avenue. They crossed to Temple Michael and made their way to Cobh and boarded a ship which was to take them to America. But then the cry went out and the elopement was discovered. A contemporary poem ran

‘Miss Moore-Smyth who ran away,

With Patrick Fleming from Ballynatray,

One foot on the gravel,

And one foot on the grass,

Is to be the sound that my True Love will pass’.

That had indeed been the cue for Harriette to slide up the window and hop out. 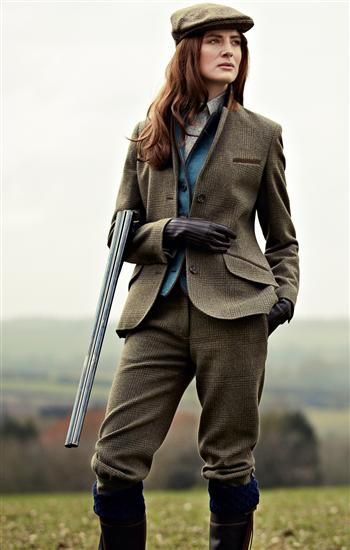 World-renowned Dromoland Castle, located in Newmarket-on-Fergus, County Clare, was built in the sixteenth century. The ancestral home of the O’Briens, Barons of Inchiquin, one of the few native Gaelic families of royal blood and direct descendants of Brian Boroimhe (Boru), High King of Ireland in the eleventh century.

Other activities are available on request, including falconry , which has been described as “taking wild quarry in its natural state or habitat using trained hawks or falcons.” What better setting could there be to partake of an experience so ancient it is sometimes called “the first sport”?

Particular though they may be, raptors have a timeless appeal for everyone: as an English noble noted in 1801, “the ladies not only accompanied the gentlemen in pursuit of the diversion [of falconry], but often practiced it by themselves; and even excelled the men in knowledge and exercise of the art.”

From January to  March 2015 Dromoland Castle are offering a promotion from €107.50 per person sharing including two nights accommodation with full Irish breakfast and choose to stay a 3rd night free or have a dinner on one night free.