I’m an Irish writer with a particular penchant for emerald noir. My debut crime novel ‘PRESERVED’ will be published by Poolbeg Press in Spring 2021. This is the first in a crime series with a very shambolic protagonist.

This February I’m launching ‘Inside & Out‘, a poetry collection considering motherhood and current affairs, with support from Meath County Council Arts Office and Creative Ireland.

A firm fan of themed parties, I create custom murder mysteries, with some of my printable kits for sale over on Etsy (Bespoke Murder Mystery).

After spending a decade in Dublin working in public relations and journalism, I recently moved home to Navan for fresh country air and mid-day fires.

My agent is Lina Langlee at The North Literary Agency.

I have been lucky enough to be nominated for a number of awards including:

‘Lift’ is a modern-day Christmas Carol, and was published in the Sunday Independent for Christmas 2018.

In March 2015 I was awarded the overall winner of the Wills Writing Awards for my short story ‘A Toddler and the Grand National’.

With an attention span snapped by social media, my flash fiction piece ‘When Will Mammy Be Home?’ was published in Number Eleven magazine in 2013. 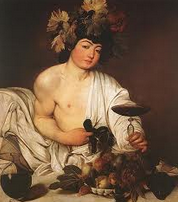 Dionysus was the god of the grape harvest, winemaking and wine, of ritual madness and ecstasy in Greek mythology.